In this article you will see the 8 best hexadecimal editors for Linux. But first let’s define what a hex editor is and what it is used for. We also add at the end a couple of surprises.

What is a hexadecimal editor?

A hex editor, in a nutshell, allows you to examine and edit binary files. The difference between a plain text editor and a hex editor is how the content is represented by the editor.

It is usually used to reverse engineer applications. To edit some bytes of a binary file a hexadecimal editor is usually used. With these editors we can replace text in binary files and modify information without corrupting the file.

One of the most used editors for console is hexcurse. You can easily open, edit and save files. You can switch between hexadecimal and ASCII. The best thing about this editor is the simplicity of working with it from the console. 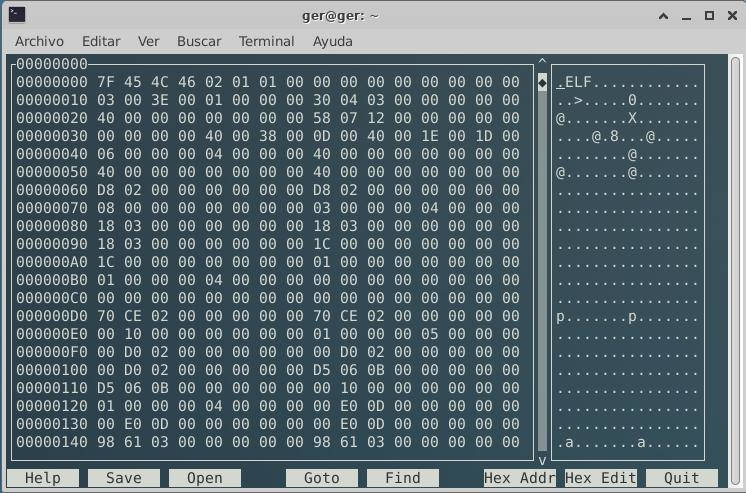 It is an editor based on ncurses. It can edit large binary files. It has a “diff” mode to compare files, to enter this mode we only have to call two files instead of just one. 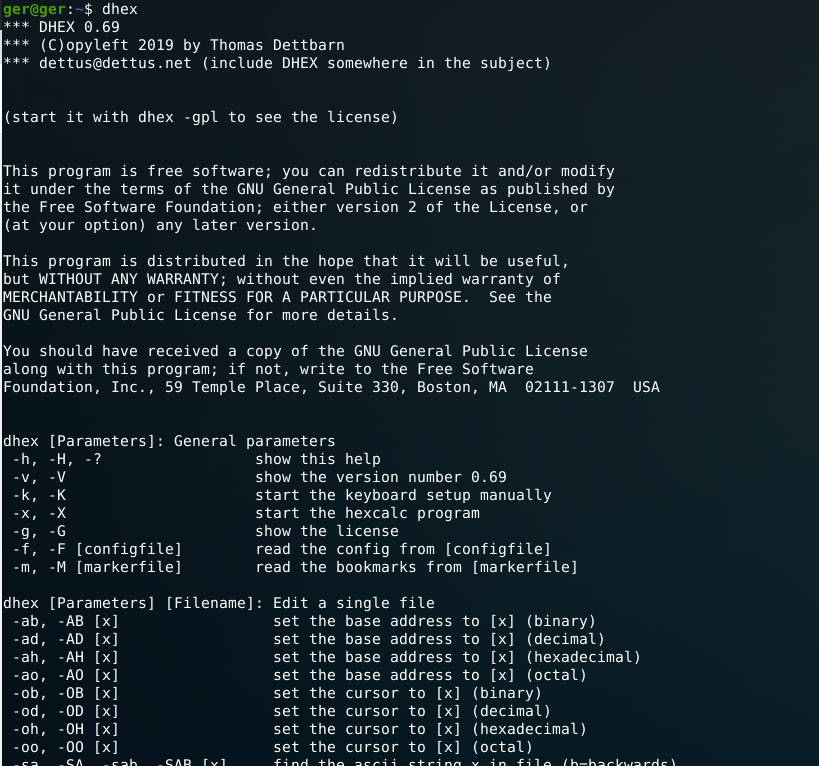 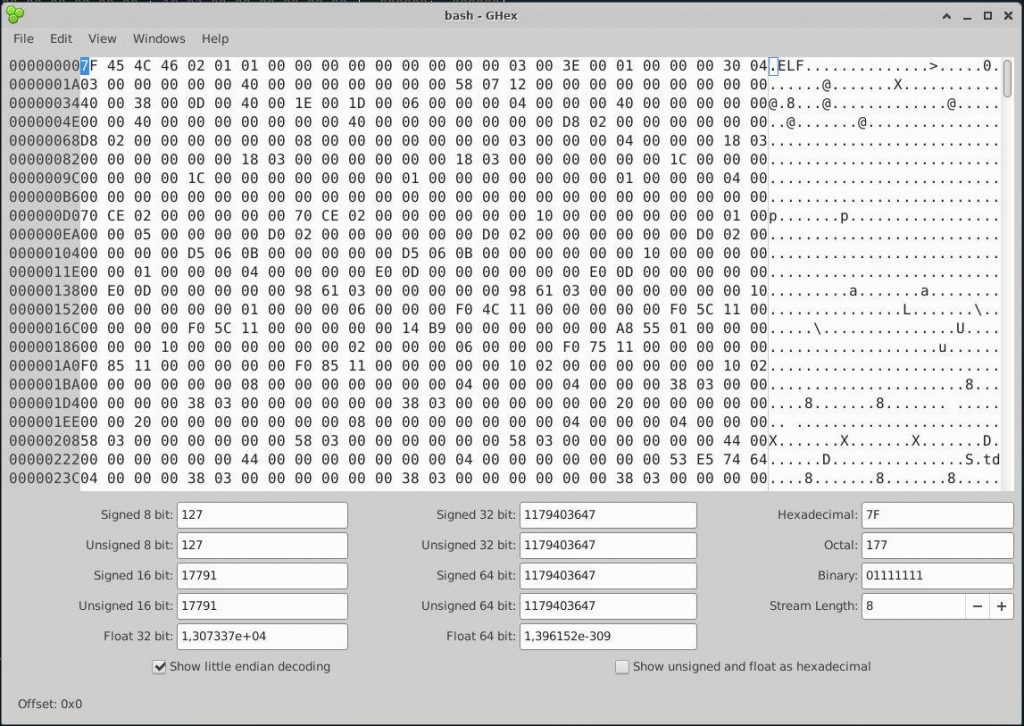 HexEdit is a hexadecimal editor for console. It displays content in Hexadecimal and ASCII. It is one of the most widely used hexadecimal console editors in modern operating systems. 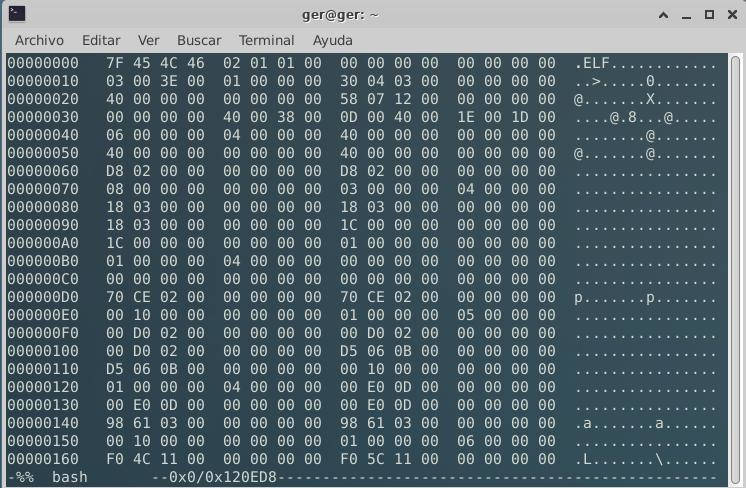 Bless is one of our favorite desktop hex editors. It has a lot of tools and is an advanced editor that allows you to edit large files. Among its advantages are that it supports plugins and you can open multiple tabs instead of opening multiple windows. 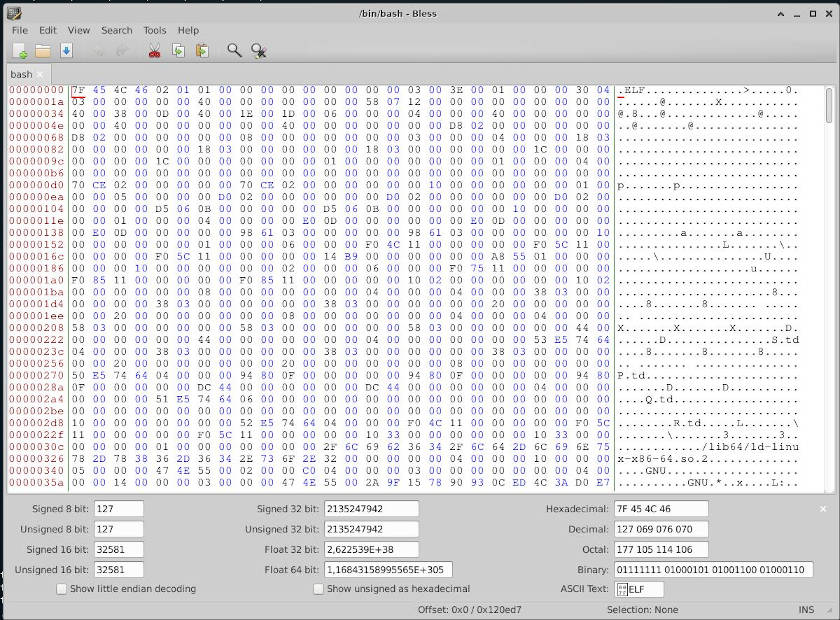 Okteta is an editor that has curious features such as opening remote files via HTTP, FTP, fish and other supported protocols. It is one of the simplest editors to use for viewing and editing binary files. Okteta is KDE’s hex editor and is the successor of KHexEdit. 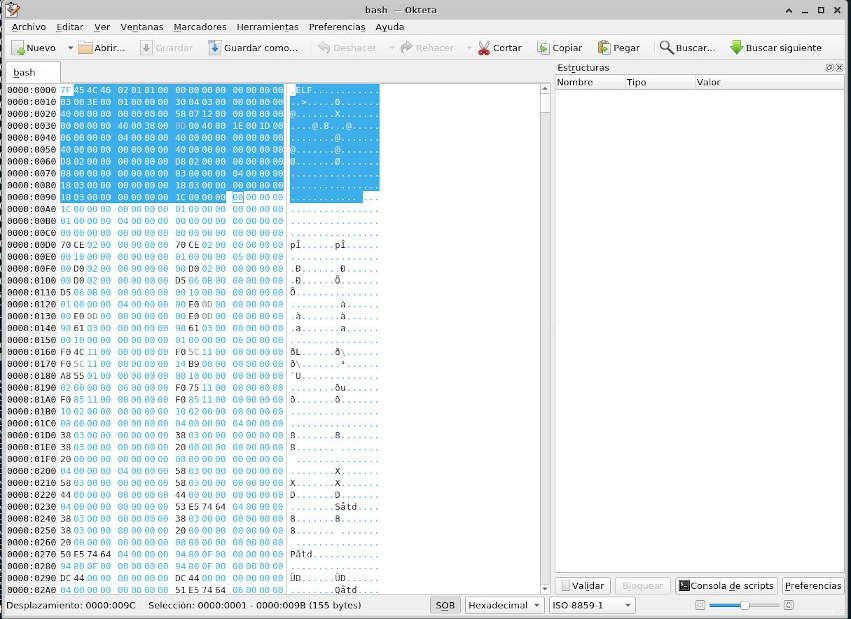 Another of the best hexadecimal editors for desktop is WxHexEditor. It is able to recover data from the hard disk by editing the sectors from the editor itself because it allows you to edit large files and devices. It consumes few resources and can be run on Windows, Linux and Mac platforms.

All in all, it is a very good tool for someone who needs to do reverse engineering. 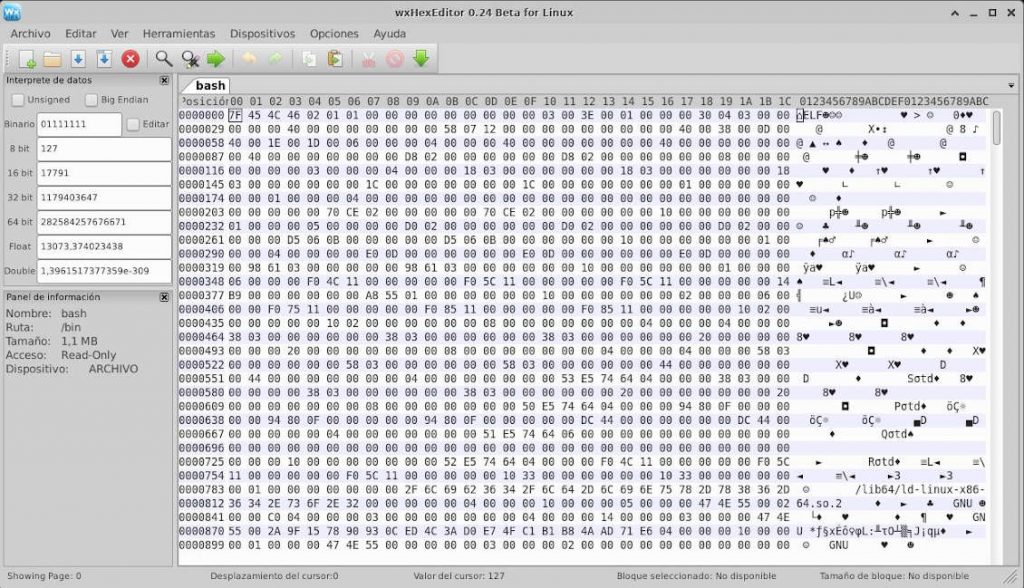 It is a multi-buffer editor (Read and Write). It does not allow block device editing. Command line editing is very similar to vi/vim. If you already know vi it will be easy to get started.
All in all, it is a very good tool for someone who needs to do reverse engineering. 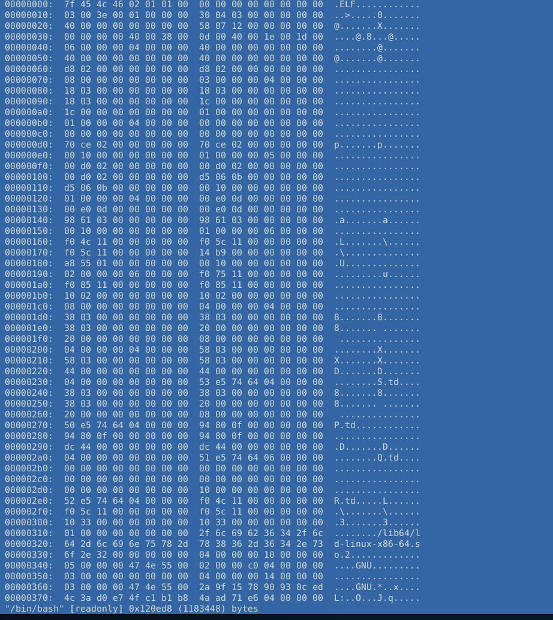 Viewers and other editors

Hexyl is not an editor as such, it is a hexadecimal viewer. It can highlight in color the different ASCII bytes, non-ASCII bytes, NULL bytes, ASCII blanks, etc. Being highlighted in one color or another allows us to better identify the type of byte. It also provides the number of bytes and their representation in text with details. 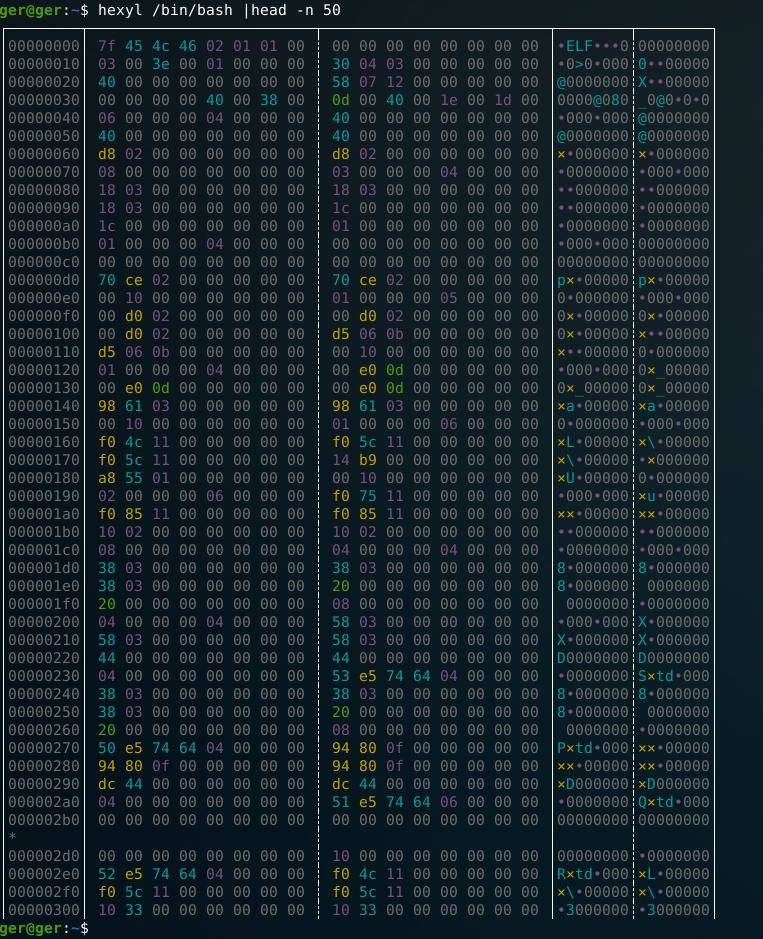 Xdd is the best way to generate a hex dump of a binary file. We can use it to search for hexadecimal data in a file, it can also convert a hexdump to a binary file (as urlencode and urldecode do).

In short, it allows to work with binary files and hex dumps. 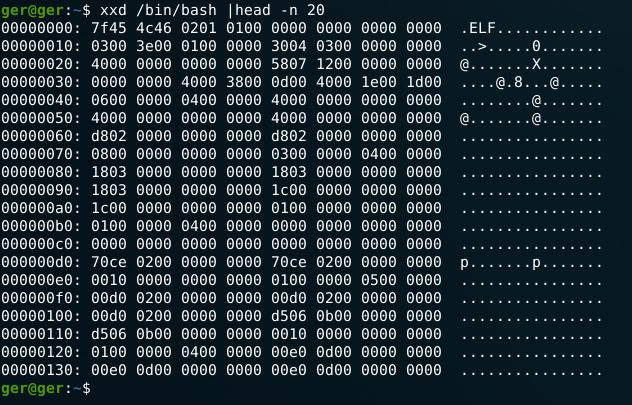